The Lagos State Government has partnered the National Youth Service Corps to release corps members to anchor the distribution of food palliatives across the 20 Local Government Areas and 37 Local Council Development Areas of the state. 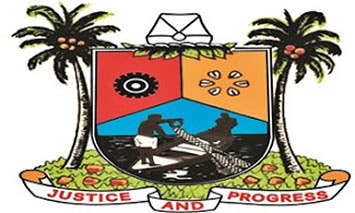 According to the NYSC, the corps members started the exercise on Tuesday at the Agege LGA secretariat as residents trooped out and were handed a black polythene bag containing food items, branded COVID-19 relief.

The NYSC Director-General, Brig. Gen. Shuaibu Ibrahim, confirmed the deployment of corps members in a message sent to our correspondent, adding that the state government took the decision in a bid to ease the distribution mechanism of the stimulus packages to its grass-roots citizens.

He said, “In Lagos, the government’s efforts are focused on ameliorating the challenges and sufferings of the people in the midst of the ongoing battle against this unseen enemy, which has led to the provision of palliative stimulus packages for distribution to the people.

“In a bid to ease the distribution mechanism of the stimulus packages to its grass-roots citizens, the Lagos State Government in collaboration with the NYSC in Lagos swung into action in mobilising its corps members to participate in the distribution of the items across all the local government areas of the state.

“The state Coordinator, NYSC Lagos, Mr Eddy Megwa, was at the forefront of the exercise at the Agege LGA where the event kicked off today.”