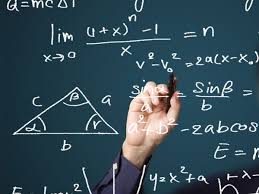 Do you want to study Industrial Mathematics as a course in any Nigerian University?? Then Allschool have got you covered…..

In this page we are going to show you the UTME subject combination, O’level & Direct Entry (DE) requirement for Industrial Mathematics in Faculty/College of Science. We will also show you the special consideration (waiver) for the course.

The UTME and Direct requirement below was lifted from JAMB Official Brochure. It is the Accurate and Official version for the above course.

In JAMB, what is the meaning of Special Consideration (Waiver)??

It means, additional requirement for a particular course in a particular school. If your school have a special consideration for either O’level Requirement, UTME Subject Combination or Direct Entry Requirement, then please take note of it.

Note that Subject that have asterisks (*) attached to it are COMPULSORY. You should chose one between the subjects that are italicize.

Below is the O’level Requirement for Industrial Mathematics (UTME CANDIDATES)

Requirements for Other Courses