Ad: Stay Updated with all the Trending Happenings in Nigeria. Visit TrendingHub.ng Now

The face-off between the Academic Staff Union of Universities (ASUU) and the federal government may likely be resolved as soon as the country-wide lockdown caused by the outbreak of COVID-19 ends. 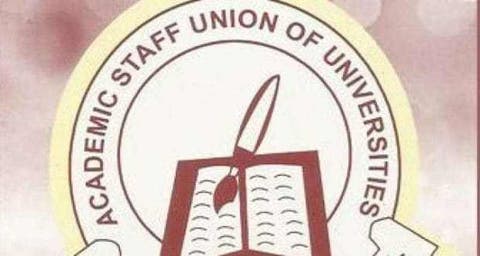 The face-off between the Academic Staff Union of Universities (ASUU) and the federal government may likely be resolved as soon as the country-wide lockdown caused by the outbreak of COVID-19 ends, THISDAY investigation has revealed.

An indication to this emerged at the weekend as both sides appeared to share similar views on the need for concessions following the impacts of COVID-19, which cut across every sector of the country’s economy.

The reconciliatory tone came just as ASUU said that its members in the Chemistry and Pharmacy departments at the various universities in the country have teamed up to support the campaign against the virus by initiating the production and distribution of hand sanitizers and other protective materials.

ASUU, whose members embarked on an indefinite strike action few days before the federal government closed educational institutions as part of measures to contain the virus, said at the weekend that it did not rule out the possibility of concessions.

In the same vein, THISDAY gathered from a top official of the Federal Ministry of Finance that the federal government will most likely release the withheld salaries of ASUU members as a form of olive branch to quicken the resolution of the crisis in the education sector.

THISDAY reliably gathered that before talks broke down between the two sides last month, the federal government had made offers to ASUU.

President of the union, Prof. Biodun Ogunyemi, who spoke to THISDAY in a telephone interview at the weekend said the union understood the precarious position the country had found itself and that it would be open to dialogue to resolve the issues.

“We are not oblivious of what is happening in our country and across the globe regarding the economic downturn that followed this COVID-19 pandemic. However, the issue of whether we are going to give concession or not is something that has to be discussed at the negotiating table,” he said.

On whether he could suggest concessions that may lead to the resolution of the dispute, Ogunyemi said:

“It is not within my powers as an individual to say whether we will offer concession or not but I believe that our union is a reasonable one and they are welcome to all possibilities. The way to achieve that is not by one side dictating to the other. It has to be a negotiated position.”

When asked if the lecturers would consider discontinuing the indefinite strike action as an offer of olive branch following the burden the country had been put to by the virus outbreak, Ogunyemi also said: “I am not in a position to determine that but what is on the ground now is that the crisis that had emerged because of the COVID-19 attack had shown us that we should be part of the process of finding solutions and we are playing our part. Almost every branch of ASUU is coming up with its intervention programme in terms of information, education and communication as well as donation of materials. We have mandated every branch to start the production of hand sanitizers, and television jingles, printing and distribution of handbills and posters produced in local languages. Even we are producing face masks to give to people in our locality and every branch is doing that,” he said.

The ASUU president said its branches at the Universities of Ibadan, Jos, Maiduguri and Akure had all commenced production of hand sanitizers and are distributing them to members of the public.

He also said that members of ASUU in various branches had been donating materials through the state governors to help in the containment of the COVID-19.

“This is to prove that our members are participating in finding solutions to the COVID-19 pandemic but that is not to say that we still don’t have issues with government. They are two separate things; this one is a global crisis and we are part of the global community standing with our national community.

“The issue we have with government now is that for two months, federal government had withheld our salaries. They are doing sectional payment of salaries to those they think were cooperating with them. But that will not stop us from doing what we are doing.

However, the most important thing is that we want it to be in the public space that ASUU is playing an active role in the present health crisis. As to what will happen to the indefinite strike by our members depends on the way government handles the whole issue.

“If you owe people two, three months salaries and you are not talking about it, I think the whole world will help judge the situation,” he said.

A source from the Federal Ministry of Finance, who spoke to THISDAY during the weekend said that what would likely happen is that both ASUU and the federal government’s negotiating teams would have to sit down at a dialogue table and redesign the way forward.

He said the thinking of government was that the outbreak of the pandemic and its far-reaching economic and social implications had left difficult options for everyone, ASUU inclusive.

“You know we are now entering another phase of our national life and government and ASUU will have to do the needful.

“I think every stakeholder must be ready to make sacrifices so that the universities and indeed other sectors of our national life can recuperate from the damages already inflicted by COVID-19 pandemic, ” he said.

Before the lockdown that led to the closure of all schools nationwide, ASUU had declared an indefinite strike action to protest the stoppage of its members’ salaries and the directive by government forcing them to enroll with the Integrated Personnel and Payroll Information System (IPPIS).

ASUU also revisited its agreement with the federal government in February 2019 and demanded that all aspects of the deal not implemented should be religiously implemented.

Apart from asking for 18 months’ time-frame to develop its own alternative salary payment system, the University Transparency and Accountability System (UTAS), the union also demanded a phased release of N1.1 trillion for revitalisation of universities and N220 billion as arrears of earned academic allowances to its members said to have accumulated from the original agreement it had with federal government in 2009.

However, on its part, the federal government urged ASUU members to enroll on IPPIS while waiting for the full development of UTAS.

The government side further promised that ASUU members will be migrated to UTAS whenever it is fully developed.

THISDAY learnt that the federal government had offered to release N20 billion to federal universities as a show of good faith. The amount is to be released by the ministry of finance before the end of May.

On Earned Academic Allowances (EAA) government pledged to work towards meeting what was due for payment as at November, 2019.

Accordingly, the federal government proposed to also release another N20 billion before April 15 for the payment of EAA.

It reassured the lecturers that no one will miss their legitimate earnings if he enrolls on IPPIS platform.

Join Over 200,000 Readers to Receive Our Latest Edu News: